Riding a dirt bike is a lot of fun and comfort even though they aren’t designed for the kind of speed you may desire. When you have a 125cc dirt bike in your hand, for instance, you will have a limited expectation of what maximum speed it’ll deliver.

The Max Speed for 125cc Dirt Bikes can vary depending on the make and model. The average speed of a 125cc Dirt Bike is 45 MPH. This is contingent on a variety of different models in which we will discuss more in the examples in this article.

So, if you don’t know what top speed the 125cc dirt bike produces, this is the right post for you to get all the details and information you need in this regard.

Perhaps, you’re holding on to some guesses about what speed the 125cc dirt bike delivers. From Yamaha to Honda, Suzuki, HUSQVARNA TC125, KTM, or Racing, I’ll provide you with resourceful details about the 125cc bike models.

By the time you’re done reading this post, I’m sure you’ll have dropped some of the wrong specifications and information you’ve been fed with.

Let’s get into the specifics of our discussion and see some of the top examples of cross/motocross bikes that feature the highest top speed.

What’s it all about the top speed of KTM 125 SX? This dirt bike is powered by a 2-stroke 125cc engine, giving a max speed of about 73 miles per hour.

When compared to YZ 125 and CR 125, two Yamaha 125cc dirt bike models, you find out that the KTM 125 produces better speed. In terms of cost, too, this bike is on the higher side of the market. For kids and adults who love dirt bike that comes with that incredibly fast speed, I’ll recommend you get the KTM.

Suzuki DRZ 125 makes no shortcut to the entire world of dirt bikes. It comes straight and clean with its capacity to produce a 4-stroke 125cc.

Although slower than the KTM 125, this bike is proud of a top speed in the region of 50 miles per hour. This speed is almost equal to what you get from Yamaha TTR, but it doesn’t match what the CRF will deliver.

It looks like Yamaha takes the market leader when it comes to the production of 125cc dirt bikes. It has two models already in its cabinet. Besides, each of these bikes boasts impressive features.

Let’s look at the TTR 125: It comes as a 4-stroke dirt bike with a top speed of about 50 miles per hour. This is equivalent to what Suzuki 125 will deliver, all things being equal, but trust what Yamaha can do. The claimed speed maybe a little above this.

What about the YZ 125? This offers better speed, given that it’s powered by a 2-stroke dirt bike. Don’t forget, 2-stroke dirt bikes produce better speed than their 4-stroke counterparts. So, you’re sure of getting a top speed in the neighborhood of 70 miles per hour. The only guy on this list that brags something more significant is the KTM. But your TTR or CRF is pretty slow, and you can see why riders prefer the YZ for track riding.

The TM Racing MX 125 model is one of the motocross bikes that feature exclusively on several top 10s. Manufactured by TM Racing, this bike can deliver a whopping 62 meter per hour at top speed.

Powered by a two-stroke single-cylinder engine, this brilliantly crafted guy commands a lot of respect in the circle of best 125cc dirt bikes. It’s a wonder to behold on the track.

The Apollo 125cc DB-007 Dirt Bike controls a 4-stroke, single-cylinder engine that reaches a top speed of around 55 MPH. This is a little higher than what you get from the Coolster 125X, which is equally powered by a 4-stroke engine.

How does the CRF 125 fare in terms of maximum speed delivery in this fiercely competitive market? Let’s see. Although it’s not the flagship of Honda, the CRF 125 represents the brand in the most compelling way.

The CRF 125 is a 4-stroke dirt bike capable of delivering as much as 55 miles per hour at maximum speed. Is this a slow bike for your taste? Well, fastness also depends on the overall weight you’re carrying on the bike. It comes with faster speed than your TTR, even though it’s on lower torque and less comfortable.

The Coolster 125 X belongs to the class of 125cc dirt bikes that produce relatively medium top speed. It comes with 42 meters per hour at top speed.

Hitherto, this is the least speed we’ve identified on our list. But one can understand given that it’s powered by 4-stroke, single-cylinder engine.

If you’re looking for a 125cc dirt bike that delivers some relatively high top speed, then the X-PRO is the perfect candidate.

Powered by a 4-stroke semi-automatic transmission 125cc engine, the X-Pro delivers 60 miles per hours of maximum speed if you compare this to what many of what we have here, you can say that X-PRO is no pushover when it comes to speed.

Husqvarna TC 125 comes as a Cross/motocross dirt bike that brags a lot of power, speed, and torque. Thanks to its single-cylinder, two-stroke 6-speed transmission, the HUSQVARNA TC125 delivers a maximum speed of around 70 miles per hour. This makes it one of the sought-after dirt bikes with the highest speed on our list here.

Make no mistake, if you’re under the age of 13, don’t think of starting your riding career with this bold, brilliant and speed-intimidating model. You may end up in a ditch.

Q: How long does it take to reach top speed on a 125cc dirt bike?

As typical of dirt bikes, generally, they don’t easily reach top speed, and several factors account for that.

It depends on whether a 2-stroke or 4-stroke engine powers your bike. Typically, dirt bikes with 2-stroke engines often reach their top speed quicker than those with 4-stroke.

All things being equal, a 125cc is likely to reach its max speed within 5 seconds if powered by a 2-stroke engine; but a 4-stroke 125cc dirt bike would take a little longer. This is responsible for their preference for track riding.

The terrain you’re riding will also determine how soon your dirt bike reaches its maximum speed. Dirt bikes take a long time to reach their top speed if there are turns, bends, and corners on the track. Similarly, if your riding trails are full of rocky roads, you might not reach max speed all through a three-hour trip.

Q: How dangerous are dirt bikes at top speed?

Generally, whether you’re on a maximum speed or not, riding a motorcycle is always a dangerous activity. There’s also the safety part of the dirt bike. Interestingly, fun or riding is reaching the top speed.

There are precautions to take to avoid or at least lessen the effect of a dirt bike crash. Experience is crucial; beginner riders have got to be more careful. Especially if you’re riding a 125cc dirt bike, you’ve got to be in your teenage years. They’re designed for older kids.

The straight answer to that question is yes. It’s not out of place to say that 125cc dirt bike is the most appropriate dirt bike to start off-road riding. It doesn’t matter that the displacement is 125 cubic meters. Fun motocross riding begins and ends with 125cc dirt bikes.

Dirt bikes occupy a central place in riding a bike. More fundamentally, the 125cc dirt bikes are part of the bikes beginner riders can use to make their way into the riding activity. With the examples, you can choose which of the 125cc dirt bikes you want to start your riding life with.

I have no doubt the likes of Kawasaki that is not into manufacturing 125cc dirt bikes may want to join the fray anytime soon. On our list here, KTM takes the lead with a max speed of 73, while HUSQVARNA TC125 and Yahama YZ 125 follow with its incredible 70 miles each.

In all, safety is essential. Do not ride any of these dirt bikes without wearing your protective and safety gear. Riding dirt bikes requires enough care and caution. 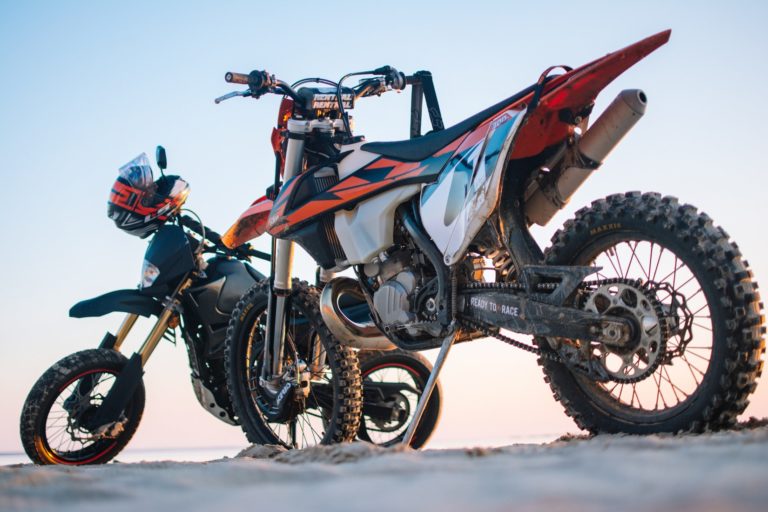 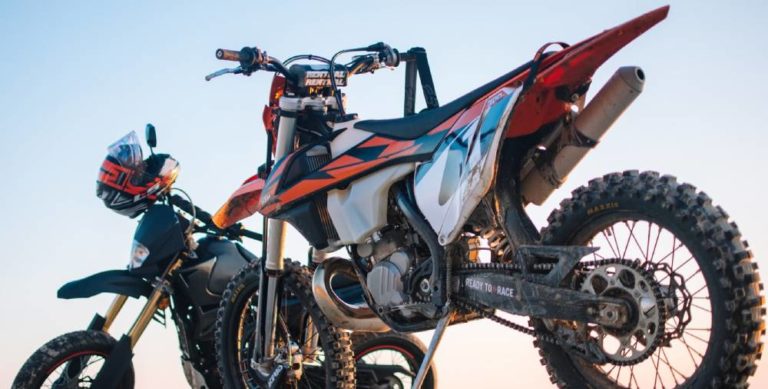 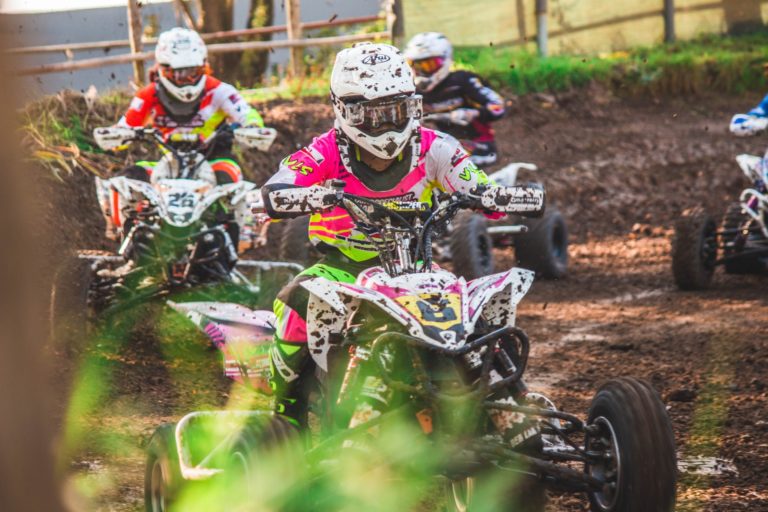 Individual riders have preferences when it comes to the kind of vehicle to ride, depending on their reasons for riding. Some… 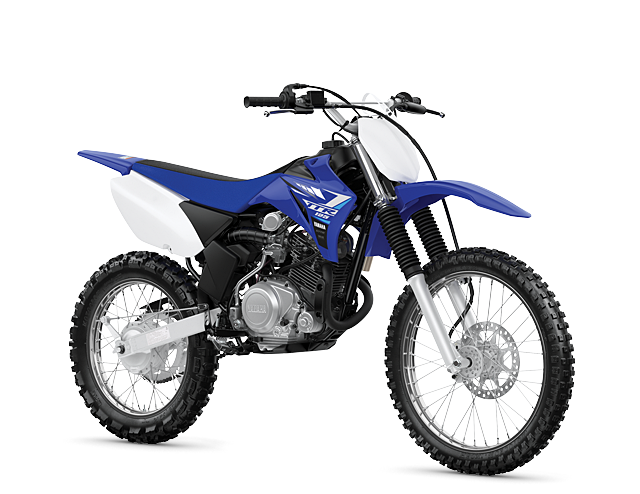