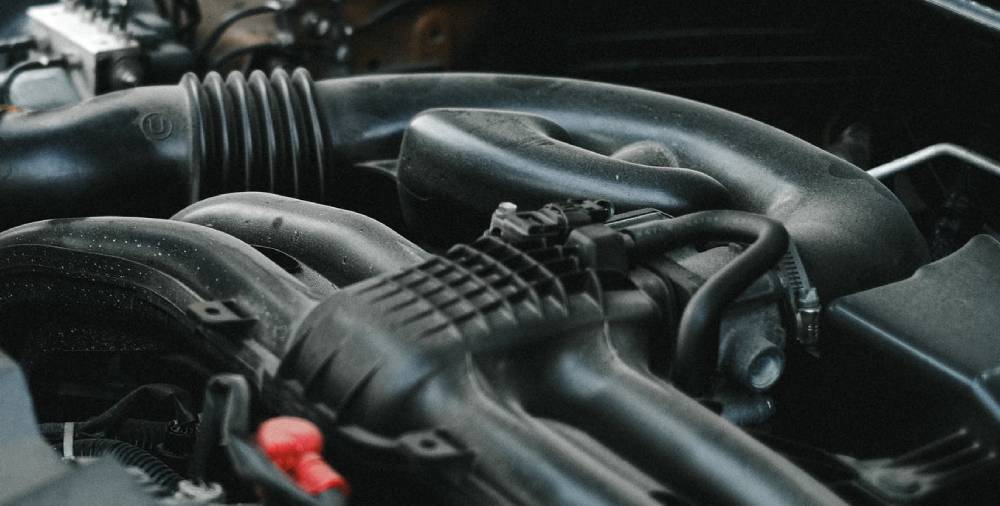 Driving an eco-friendly vehicle is one thing every car owner and driver seeks to enjoy. One way to make this happen is to have a functional exhaust gas recirculation (EGR) system in the car. However, a failing EGR valve and engine management system can be dangerous to the health of the driver, environment, and the car. If you want to know if the EGR system, check the EGR valve.

In this post, we will look at the working principles of an EGR, its benefits, and what signs to look out for if your EGR valve is failing.

What is an EGR Valve & How Does The EGR system Work?

The emission of nitrogen oxide must be reduced and the EGR valve is installed in the internal combustion of your gasoline, petrol, or diesel engine to carry out this task. What the EGR valve does is recirculate some fine portion of the exhaust gas being emitted by your engine back to the engine intake system (cylinders) to allow smooth travel of the piston.

Apart from reducing nitrogen oxide emission, the EGR valve will also ensure the economy of fuel consumption while increasing engine performance, capacity, and efficiency. This way, the EGR valve allows the gas emissions to go to the internal combustion chamber rather than allowing it back to the exhaust emission system.

How The EGR Valve Works?

The engine’s intake manifold picks up atmospheric air, comprising 80% N2 and 20% O2 with other compounds. Inside the internal combustion chamber, the air mixes with gasoline and burns. The process in the chamber results in the formation of exhaust gases which are helpful for the overall functioning of the engine. However, the resulting oxides come back as pollutants that do not help the health of the engine and may hurt it.

The EGR valve starts working as you activate the engine, working on standby in a closed position to prevent the flow of exhaust gases. As the chamber burns the gas, the temperature of the engine increases, activating the valve to open gradually to allow burned gases to flow into the chamber and mix with the fuel-air combination. As the engine gradually comes to a halt, the vale will close up again to avert the inflow of gases. The process continues with the EGR valve opening while the engine is on and closes when it shuts off.

With all these incredible benefits, having a bad, faulty EGR valve should call for worry. But how do you know if your EGR valve is failing? There are signs to look out for. If you notice any of the signs, it is time to take your vehicle to the mechanic for inspection on the EGR valve.

Now, let’s get into the fray.

There are some major symptoms of a failing EGR valve. Don’t take any of the below-listed signs for granted whenever they pop up in your engine. They include:

When your car’s EGR valve starts to develop faults, one of the first signs you will notice often robs on the performance of your car engine. You will have to be on the lookout for a lot of issues, including difficulties with acceleration, reduction in the power of the engine, and reduced power of the gasoline pedal. The second thing you will also notice is that the fuel-air ratio will also go out of whack, forcing you to spend more than you budgeted for on gas and fueling. Besides, your car engine will also become lousy and noisy. The engine will consume more fuel, leaving you to battle with bad fuel economy.

The car engine bears much of the brunt of any messy shenanigans happening to your car. The consequence of a bad EGR valve also takes its toll on the engine. In this instance, the engine will experience a rough idle once there is a fault with the EGR valve. This is because the EGR valve is either not closed or open. If the EGR valve fails to close or open, the engine won’t idle well. What this implies is that there will not be enough exhaust gas going into the internal combustion. This is why the engine will idle roughly.

With a bad EGR valve, you will come to notice that your car engine will begin to increase fuel consumption levels. If your car typically is on an average fuel economy of about 24.9 miles per gallon (mpg) or 9.4 liters per 100 kilometers, with a failing EGR valve, the gallon per mile will increase, causing you to spend more money on fuel purchase. Usually, an EGR delete helps to increase the fuel mileage of a car, but once it gets bad, you may stretch your budget on fuel.

The EGR Valve is designed to circulate the exhaust gas back to the engine while maintaining the temperature of the internal combustion chamber. However, if this valve stops working, the chamber temperature which often stands to 25000 degrees will increase, thus forming NOx.

Also, a bad EGR valve will not be able to function to allow the exhaust gas to circulate back to the engine.

Again, you have to be on the lookout for the check engine light. Ideally, this light will only come when there is some abnormality with your EGR valve. It does not usually come up unless your computer receives a negative signal from the EGR valve. Thus, you will observe that the light shows up on the dashboard, giving you a sign that you need to attend to the EGR valve. Usually, the EGR valve is designed to open and close; but if the EGR valve fails to execute any of these actions, the computer in your car will detect this and make the “check engine” light turn on and show up on the dashboard.

The rule of thumb in the US is that car owners and drivers must carry out an emission test in their car. This is to determine and limit the amount of gas being released into the air to prevent health hazards and protect the environment. Depending on your state of residence, you may have to do this exercise once every six months. However, the state you reside in may not require that you carry out an emission test within this period.

If the period is extended, you may not be aware of the deep mess your car’s EGR valve has been in. However, by the time you want to do the emission test, you may come to realize your EGR valve is faulty, causing your car to fail the emission test. The fact is that you might not receive any alert as to the condition of the EGR valve. Make sure you watch out for this issue before it arises.

With the engine consuming more fuel than normal due to a faulty EGR valve, there is a high chance that more fuel will exit the tailpipe of your car’s exhaust system. This situation will cause an exaggerated odor of the hydrocarbons coming out of the tailpipe. Regardless of your location in the cabin of the car, you will feel the irritating odor. Bear in mind that this repugnant smell will irritate you and can be hazardous to your health. This is why you should pay close attention to your EGR valve as soon as this odor comes up.

Q: What causes my EGR valve to fail and what can I do?

Several reasons can make your EGR valve fail and become faulty. Generally, three major causes account for the failure of the EGR system. The valve may be open all the time; two, it may also be that it is closed at all times; the third reason may be that the valve is clogged by dirt and grime deposit. In any case, the EGR valve comes up with symptoms to indicate that it is having some fault.

1. Valve stops at the open position

Your EGR valve may remain in an open position and get stuck there. Remaining in this position means that the valve will create a vacuum leak which leads to an incomplete combustion cycle. The terrible effect of that is that the engine is denied the essential atmospheric air for proper combustion of the CO2. As a consequence, the engine experiences rough idling.

To detect that the valve is stuck in an open position, the display at the plunger shaft shows two error codes of P1404 and P1406 when the engine is idling. To resolve it, you will have to take off the plug before filling it with a valve or carbon cleaner. Make sure you get a vacuum on the valve.

2. Valve closes at all times

Your EGR valve stuck at a closed position leading to the emission of vast amounts of NO. The effect may be adverse to the engine, resulting in knocking and engine timing disruption.

With the error codes of P1406 and P041 showing on the plunger shaft, you can diagnose a closed EGR valve. One of the immediate symptoms of a closed valve is the knocking sound. To solve it, remove the valve and with a valve cleaner, get rid of all dirt.

The third reason your EGR valve may fail to work in the presence of carbon deposits. These minerals prevent your EGR valve from sitting properly. Thus, the exhaust gas that should recirculate will stall, causing the vehicle to experience rough idling or stop working.

To diagnose the problem of a clogged valve, watch out for the error codes P1404 and P1406 which often come up on the light area of the engine. To unclog the valve, detach the plug and clean the valve.

Q: Can I swap EGR parts?

Don’t. Try to desist from trading EGR components while you try to fix any of the issues relating to the entire EGR system. A swapped part doesn’t always work, and it works, it is both temporary and hazardous to the proper functioning of the system. If you cannot fix it using the DIY method, call on a technician or mechanic to help out.

Q: What are the different EGR Valve configurations?

There is an array of options available when it comes to EGR system configurations. They include:

The radical configuration of the gasoline- and diesel-powered EGR system is now a new trend, replacing the use of EGR with EGR jets. Models in this class boast highly efficient engines.

The modern design uses an electronic EGR configuration that features components such as a digital valve. It does not use a vacuum control system.

The semi-modern models use the electronic-vacuum EGR system. The valve is often located inside a tank. The operations of these models are similar to the older configurations except that they’re easier and faster to operate, thanks to the electronic control system.

Older EGR valve configurations are operated using a vacuum hose that connects the EGR to the carb. These models are metallic, circular, and thick with a dimension of 3-in.

This post has helped you highlight all the major signs of a bad EGR valve. You can opt for the DIY method if you want to clean your EGR valve, but hiring the services of a professional and trained EGR expert will save you a lot of money. Having a nice mechanic creeper would be ideal for digging under the car as well. 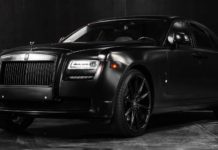 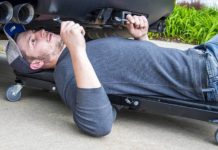 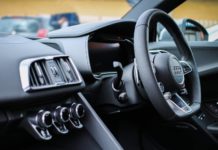 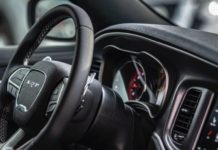 Traction Control Light: Causes & What To Do 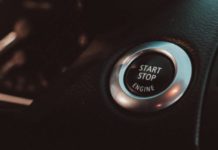