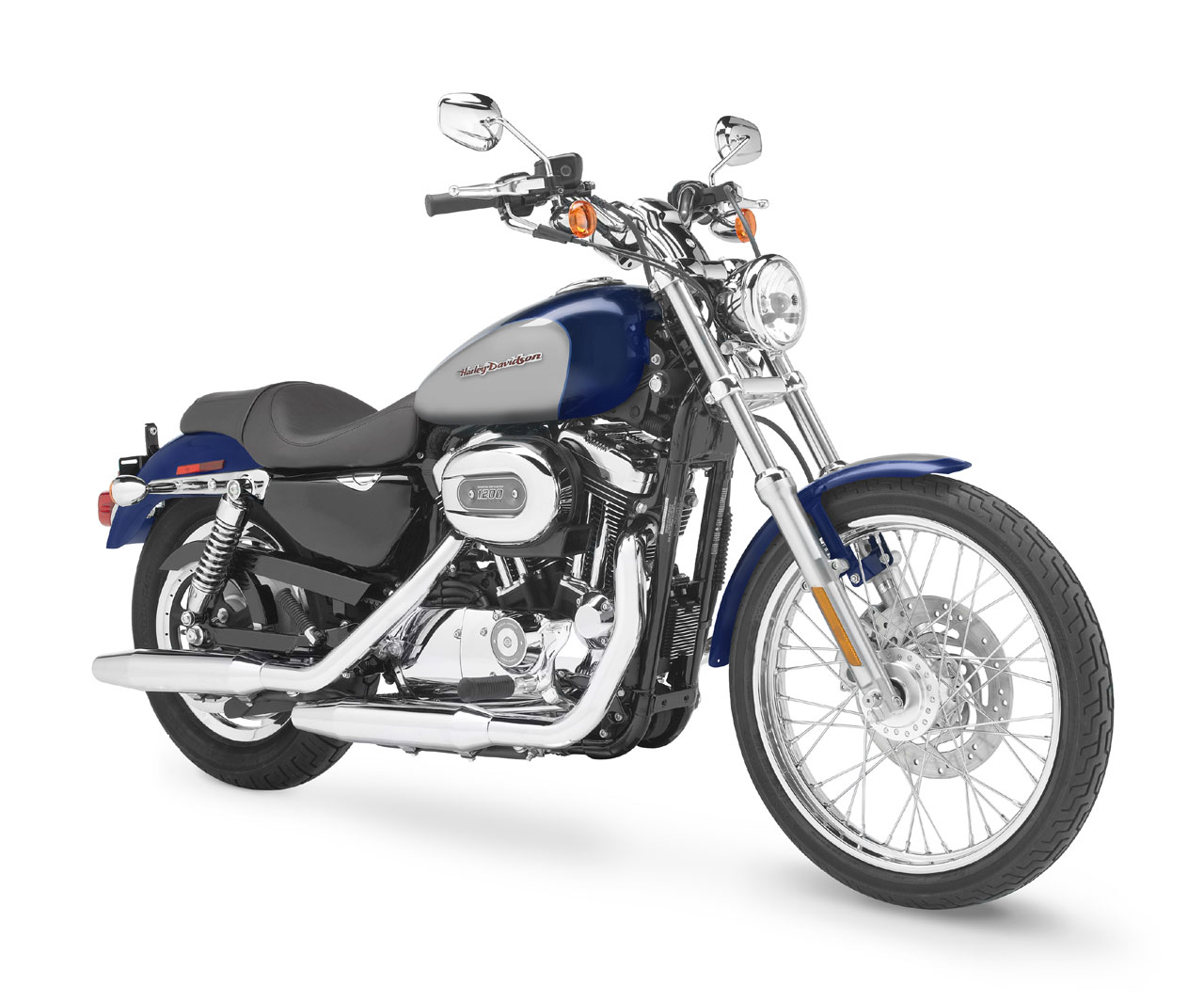 Harley Davidson is best known for its families of iconic motorcycles. Softail and Sportsters are two of the legendary families. These bikes come in different sizes ranging from smaller café racer style bikes which are capable of zipping up the coastal highways, to big-framed baggers designed to shred the highways and interstates.

Both the Sportster and Softail are excellent bikes with a lot of features to beckon potential customers with the promise of thrills and American-built power. In terms of performance and speed, the Sportsters stand out, while the Softail delivers an excellent style and heritage of customization.

If you are planning on getting your first Harley Davidson motorcycle, these two excellent bikes offer approachable riding dynamics that are great for riders, regardless of your skill level.

I have prepared this article to serve as a means of the guild, which will go a long way to help introduce you to the differences between the two great bikes. This article will give you a deep insight into which of the bikes fits you more, based on your riding skills, style and other factors.

The Harley Davidson Sportster is a line of the motorcycle which has been continuously manufactured as far back as 1957. Sportster models always carry Harley-Davidson product code beginning with “XL’. His predecessors to Sportster, the Model K Sport and Sports Solo motorcycles, were in 1952 introduced to the market. Models K, KK, KH, and KHK of between 1952 and 1956 had a side-valve engine.

The later XL Sportster models were overhead valve engines. The first Sportster produced in 1957 came with many of the details of the KH, including the frame, fenders, bigger gas tank and front suspension.

Sportster, 5 degrees V-twin engine is popular for its power. In this case, the two connecting rods, of the “fork and blade” or “knife and fork” design, have a common crank pin.

For decades, the company used similar cam followers with minor modifications, from 1929 to the Eighties. Sportster engines maintained the K/KH design crankcase design, in which the transmission and the engine are in the same casting, and ridden by the engine with a triple-row #35 chain primary drive and a multi-plate cable-operated clutch.

While models since 1991 have five speed, models from 1990 and earlier models have four speeds.

From 1957 through the 2003 model year, the engine was mounted directly to the frame. Although this system renders the bike lighter with more precise handling, that makes the rider feel the engine vibration.

In 2003, Harley Davidson produced a limited 100th-anniversary model Sportster. They were identified by 100th-anniversary paint schemes and plaques fastened to the tinware, speed housing as well as on the engine.

Sportsters produced in 2004 and later made use of rubber isolation mounts and tie links to minimize engine movement to a single plane. This greatly reduces the engine vibration felt by the rider. In 1998, Buell motorcycles assembled with variants of the Sportster engine used a rubber mount.

The Model K, from which the Sportster developed, was the first civilian motorcycle released by Harley-Davidson, coming with hydraulic shock absorbers on both wheels.

The Sporters came out 62 years ago, in partial response to the increasing pressure from motorcycles imported to the United States. Though Harley had dominated the local markets for decades, smaller and agile bikes were coming into the market and were challenging Harley’s larger, air-cooled cruisers.

To tackle these challenges from new, smaller bikes, Sportster was back in a medium-sized frame with a lightweight, agile and versatile beyond compare. With a new zeal, local customizers thereafter took to the design of the Sportster (which was popularly known as the XL), designing the bike for dirt track racing, cruising, drag racing, and about anything you could imagine.

In today’s world, the Sportster line is still Harley’s standard-bearer for quick, fun-ride-bikes.

To some extent, we can say that the design is all about beauty. While beauty is in the eyes of the beholder, both Sportster and Softail have elegant features that are steeped in the independent Harley spirit. A lot of Softail models feature more of a nostalgic bent in their overall design scheme, and the Softail Delux and Softail Slim are the perfect examples of this.

The Breakout, on the other hand, is a new addition to the Softail family that adopts a seductive modern with big rims and an enticing color palette. The Sportster line utilizes many updated, modern designs like the Iron 883, that are as good cutting up the city streets as they do roaring down the highway.

If you need something classic, the 1200Custom comes with a leather jacket appeal you would expect from an old Harley roadster with chromed-out coil-over springs and wire-spoke wheels .the design runs the gamut in the aspect of modern to classic appeal, and you are likely to find your dream bike for your personal aesthetic.

Between these two bikes, the Softail clearly leads in the aspect of power. Adopting the High Output Twin Cam 103B engine, the Softail offers some more serious power and torque with 103 cubic inches of cylinder displacement.

If you decide to upgrade to any of the “S” models, which include the Softail Slim S or Fat boy S, you will enjoy an engine upgrade to the Screamin Eagle Air-Cooled Twin Cam 110B, with more power and torque. Considering power-to-wait ratio, Sportster is not completely a slacker.

The 1200cc offers incredible power. For motorcycles of the calibre of the Iron 883, an 883cc engine delivers zippy sets in an agile frame. You’ll always get plenty of power when you are in need of it.

A Softail is a motorcycle well known for its rear suspension springs or shock absorbers located out of direct view. This is to make it look like a hard-tail motorcycle.

The word “Softail” is a registered trademark of Harley-Davidson, invented for the FXST Softail in 1984. Softail has so far become a generalized trademark, referring to other motorcycle brands with hidden rear suspensions, and as well extended to bicycles.

The Harley-Davidson Softail frame is purposely designed to take the look of the rigid frame bikes of the past, while still retaining the comfort of the rear suspension. The shock absorbers are set along the axis of the motorcycle, tucked under the transmission in 1984 to 2017 models and under the seat of 2018 models.

There have been a lot of Harley-Davidson models with the Softail frame. These include the Softail Standard, Springer Softail, Heritage Softail, Heritage Springer, Custom, Night Train, Deluxe, Fat Boy, Softail Slim, the Dark Custom Cross Bones, Duece, Dark Custom Blackline and Breakout. Except for the Deuce that has a 2 in (51 mm) longer backbone, other motorcycles share similar engines, transmissions, and frames. The only aspects they differ in are the fork, wheels, and accessories.

Owing to the fact that Softail models do not have rubber-mounted engines, they produce more vibration in Evolution-engined Softail than in Dyna models or rubber-mounted Touring with Evolution engines.

As a means of compensation, later models adopted a counterbalanced version of the Twin Cam engine in place of the regular Twin Cam engine used in the Touring and Dyna models. Later, for the 2018 model year, the Twin Cam was replaced by a variant of the Harley-Davidson Milwaukee-Eight engine.

The Softail model is specifically built to take the look of a hardtail motorcycle in the sense that the single rear is hidden horizontally underneath the bike. The shock, unlike a traditional shock, is compressed and moves outward as the rear tire runs over bumps. The setback to this design  is that it cannot keep up with the task when you run over multiple bumps.

One other main difference is that Softail has a big engine which counterbalances and greatly reduces vibration and is less fatigue when on long rides.

In the area of weight, the Softail is so much heavier.

In an attempt to save money, Harley Davidson recently joined the Dyna and Softail line. While maintaining the rear suspension, they somewhat cut the weight.

Both motorcycles use air-cooled engines which are fuel injected.

How to Modify The Sportster Motorcycle

I took the Sportster bike out for a test drive and have come to a realization of why everyone should own one in their bike collection. Compared to my 2004 with bar risers, forward controls and carburetor, 2008 came with no risers, had mid-mounted controls and was fuel injected.

This just drew me back to how nice it is to ride a Sportster in the city. You can lean on this bike. It’s extremely flexible. The power to weight ratio of the Sportster is not a deal-breaker. In its normal form, it is not a speed demon, but you can ride it around with no troubles, especially with fuel injection, which is not the case in the carburetor.

The bike is relatively well balanced and gives you no feeling of fluctuation. Honestly, I did not think I would like to have mid-mount controls and was planning on changing them right away. I would regret it if I did. Possessing the controls right under your legs enables you to tuck in your knees and exert more control on the bike.

As the seat felt high and the handlebars low, the stock exhaust was almost silent.

The first modification I did to the bike was to let the dealer install a set of Vance and Hines Short Shots to the motorcycle. Once they were installed, I took the Sporty home and the bike gained a new voice, and it was loud!

I began to regret my action of installing the short shots as the sound coming out of them was deafening my ears with a half helmet on.

After being through with the modification, I couldn’t wait to take this new bike out and enjoy what it had to offer. I couldn’t control the rush when the weather got warm enough and the snow went down enough to take my new bobber for a ride.

I enjoy the fact that the bike is much lower and has higher bars. It looks elegant and rides even better. The lower centre of gravity also makes the bike handle better.

The only setbacks to a lowered motorcycle are when you ride through a sharp corner, leaning into the turn may result in an issue with the pegs coming in contact with the pavement.

Another issue is faced when parking. The bike has a long kickstand, which seems too long for the bike to comfortably sit as it should. To modify the kickstand is not too hard to do. You only need to cut the foot off of the stand, shorten the stand and re-weld the foot back to it. This will solve the problem.

Concerning the sparks that shoot up from the foot-pegs when riding into a sharp corner, unfortunately, this is when you feel the reality of riding a lowered motorcycle.

I believe this article has answered your question on knowing the best Harley Davidson motorcycle between Sportster and Softail, allowing you for style and choice? If there is any other question I didn’t talk about in this article, do good to leave them in the comment section below. Thanks. 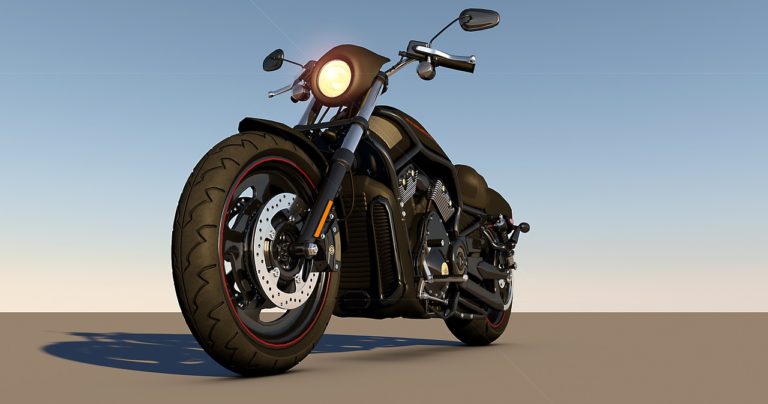 If you’re a friend of the automobile industry, you may not find it hard to spot the differences between a tubed… 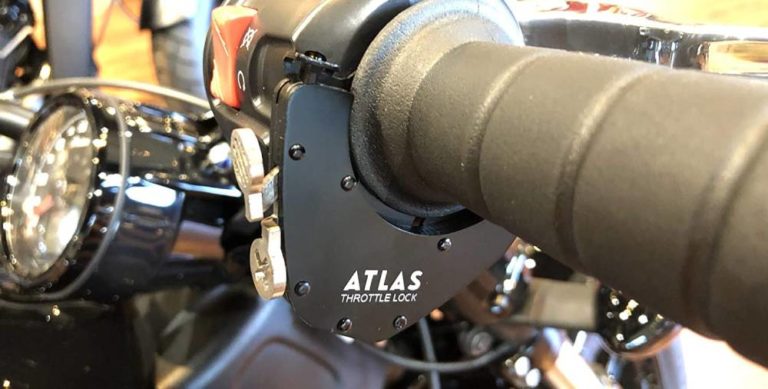 A motorcycle throttle lock is a great way to fight off hand fatigue. Long-distance riding can be detrimental to a rider’s… 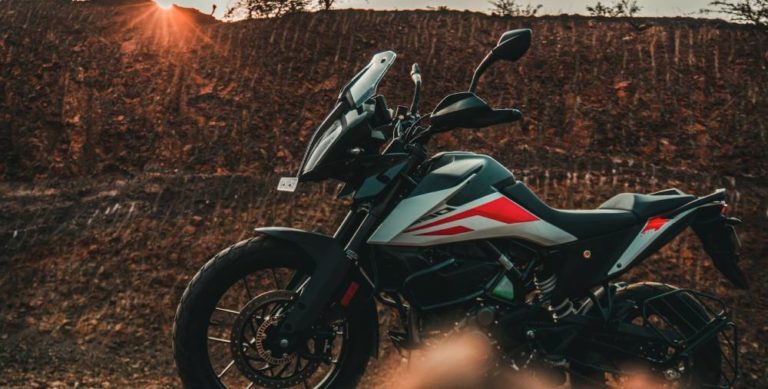 If you’re on a lookout for a used motorcycle, then one of the things you need to consider is the mileage… 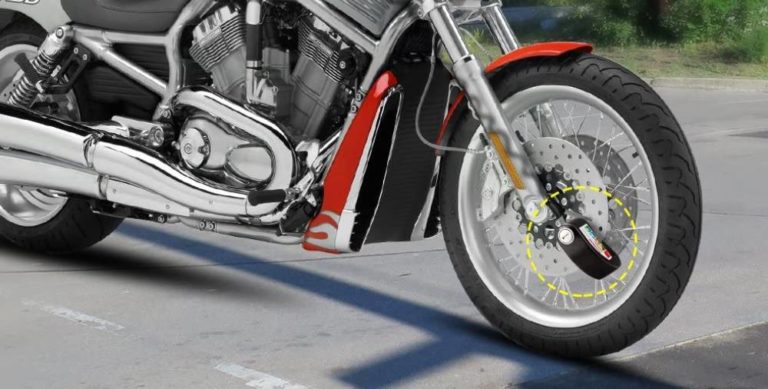 A trusty disc lock will keep your motorcycle guarded at all times! The sad reality is that many thieves target motorcycles…. 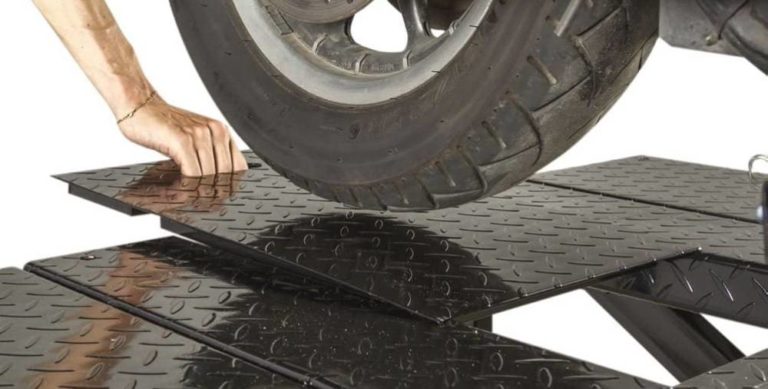 Take away the hassle in bike maintenance with the best motorcycle lift table. Regular maintenance plays a huge part in your… 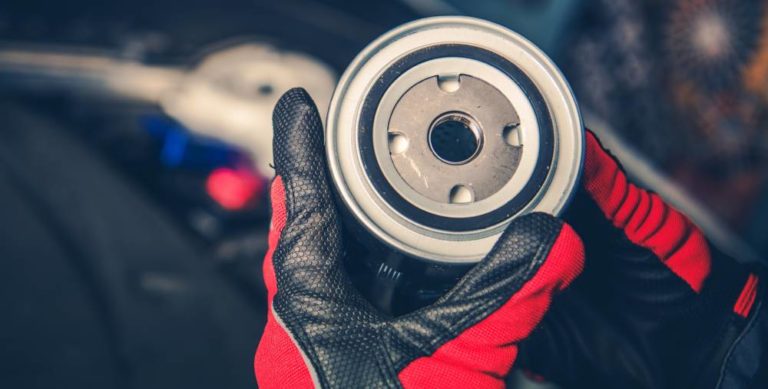