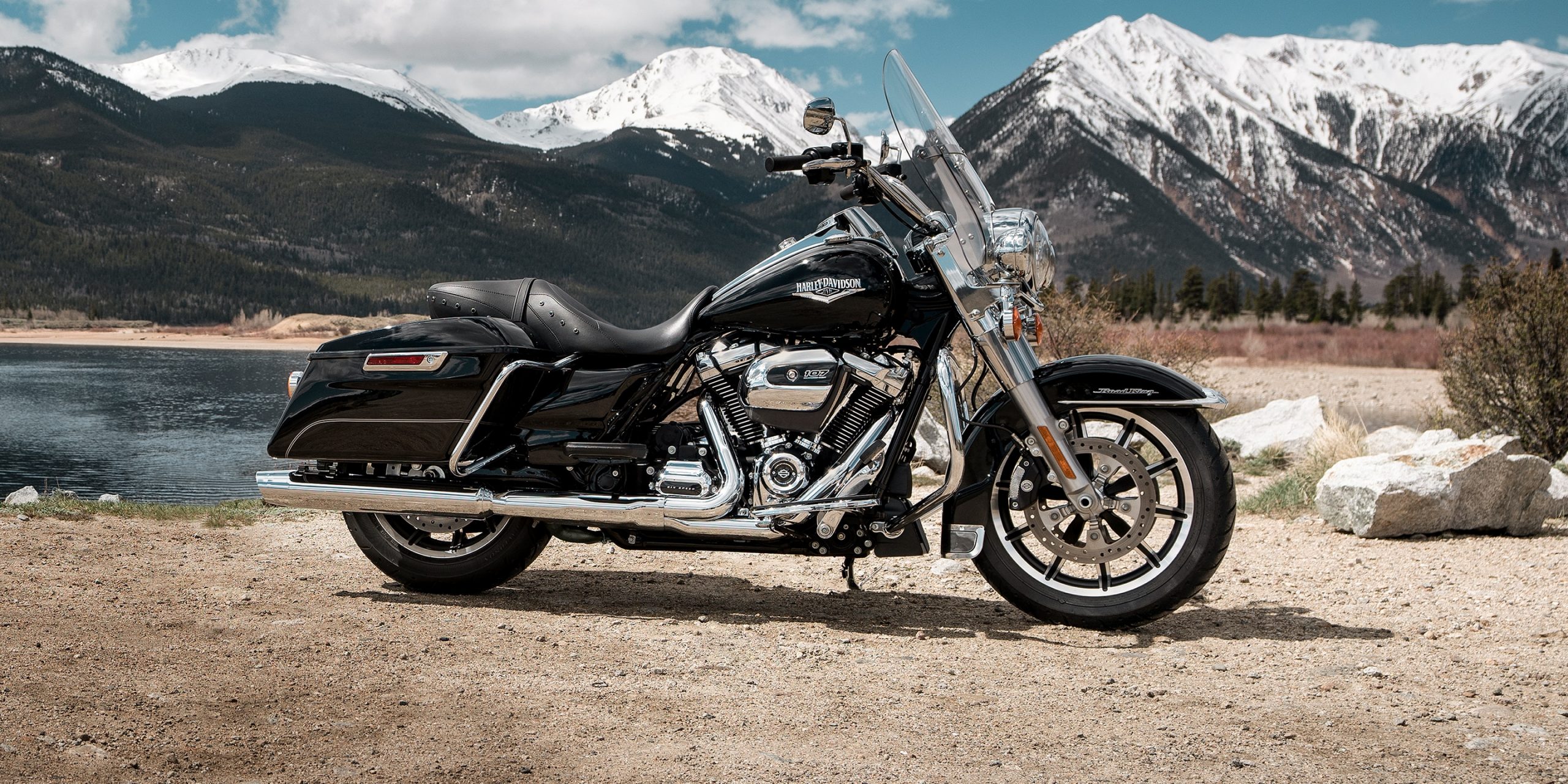 In my over 20 years as a motorcycle enthusiast, I can confidently tell you that each type of motorcycle has its own strengths and weaknesses.  Whether you use the cruiser, touring, sportster, or moped, each one has its own good and bad side. It all depends on what you want to see.

I have written a lot about comparison of two Harley Davidson vehicles, and I am sure you’ll want to find out more stuff about some of the amazing motorcycles this leading company has produced.

Just before you click on that link, be patient to go through what I have done in this post. My job here is simple. I want to guide you through all you need to know about two of the most sought-after Harley Davidson’s motorcycles currently trending in the market, Road King and Electra Glide.

By the time I am done with the SWOT analysis of these two vehicles, you’ll not but agree with me as I have insisted that Harley Davidson remains the only and best thing that has happened to the automotive industry, particularly the motorcycle market. You may differ, and I respect your opinion.

If you want to hear the bang from Harley Davidson Road King and Harley Davidson Electra Glide, then stay glued to this article from start to finish. From the features such as high performance to increased torque, stability, comfort, mileage, you can be sure that are about two of the best things Harley Davidson has come up with.

Let’s get down to business. What is Harley Davidson Road King? What’s Harley Davidson Electra Glide? I’ll start by doing a short description of the two motorcycles based on features and prices. That’s intended to give you an insight into the bikes you can’t possibly delay to start saving money for.

With a standard windshield, this bike is sleeker with a lower, more classic portfolio which many bikers prefer. Also, the bike features little when it comes to fairing and 814 pounds of weight when in running order, making it a little less weighty than Electra Glide. Although the Road King can cover long-distance miles, it conspicuously lacks an audio system.

The bike is also popular for featuring air-adjustable forks, removable passenger seats, and dual front discs. It is perfect both as a cruiser and touring. It is important to know if the Road King gets more chrome or a black finish.

Electra Glide is a bare essentials motorbike that features all the modern capabilities which every Touring purist would want to go for. Built for custom use, the Electra Glide comes as a two-up long-haul bike specifically designed for touring.

Made with that classic Harley-Davidson appearance and a comfortable design that is targeted at covering long distance rides, Electra Glide comes with a Milwaukee-Eight 107 V-twin engine. The performance of the engine has become all-loved due to its power, typical of deep Harley rumble. Electra Glide comes with a polish and silver finish. With a deep bucket and a narrow neck, riders are sure of enough back support. The passenger also enjoys a wide area which can be taken as back and armrests

Harley Davidson Road King Manufacturer’s Suggested Retail Price stands at $18,999. That price is only for buyers who are looking to have the Vivid Black. But if you prefer color model, be prepared to pay as much as $19,449, $19,799 for two-tone paint, and $21,399 for Hard Candy Custom. Those prices aren’t bad for the king of quality Road King offers on the road.

On the other hand, the Harley Davidson Electra Glide costs a little higher. If you want the Vivid Black, $18,999 is the base price. For the more fanciful Electra Glide Ultra Classic fans who can be won over by colour, be ready to add extra $6000 to make it $24,999.

Here’s the thing: you’ll have to pay an extra fee if you want to use the two bikes with their ABS and security systems. But one thing that’s certain is that you’ll have standard cruise control on both motorcycles.

Whao! The first time I felt the powers of the engine of Harley Davidson Road King and Electra Gide, it was as though the 68-mile stretch Beartooth Highway in Montana and Wyoming should link up with the ruded asphalt best wild waterfall of Abhazia to end the long-standing diplomatic war between the US and Russia.

One thing Harley Davidson takes seriously as priority is the accurate and rider-friendly dimension of their bikes. While the Road King features 96.5” length, the Electra Glide has dimensions of 94.5” length.

Meanwhile for the Electra Glide, its adequately padded seat has a laden height that’s slightly lower and stands at 26.1 inches and seat height unladen of 26.8”. The Electra Glide Ultra Classic has length 102.4”, seat height 29.1in, dry weight of 877lbs, and fuel capacity of six gallon.

Popular and priced for their powers and handling, both the Road King and Electra Glide prove their price and value. In terms of angle, Road King has a slightly greater lean angle.

The Road King is painted with chrome or black finish. That is why this classic bike appeals to many veteran and long-distance riders. On the other hand, the Harley Davidson Electra Glide is painted in silver or polish finish.

Justwhen you think all about bike is to move from point on a padded saddle of a bike to another with your earbuds releasing the best of music, Harley Davidson would simply deploy new tech to release a bang.

Although it didn’t come with a Boom and an audio system, but the Road king can be upgraded to include Boom system. However, the Electra Glide has a greater luggage capacity than the Road King. It comes with almost five cubic feet of storage space and four audio speakers.

Both the Electra Glide and Road King have great protection from the fairing, although Electra Glide might be better. In terms of the stock seat, the two motorcycles offer comfort with a pretty handy travel trunk item which is good for storage.

The two bikes use similar Milwaukee-Eight engine, although with variations. That is why you can sure of high performance from their end. The two can cover long distances and can easily be maneuvered even in the roughest of roads and trickiest of bends.

Is FLHRSHI Harley Davidson Custom Road King? Absolutely! It was the model introduced in 2004 as an upgrade on the original Harley Davidson Road King, which was started in 1999. It comes with a number of improved features including leather hard bags, a wind-swept headlight, lowered rear suspension, and wide handlebars.

Meanwhile, with the advent of 2007, Harley Davidson came with an engine upgrade, coming up with the Twin Cam 96, which is identical with the popular Twin Cam 88, but an improved displacement from 96 cubic inches to 1584cc.

Can I use the Road King for Cruiser and Touring? Versatility is the second name of the Road King. The bike comes with a high level of versatility, allowing you to turn it into a cruiser from touring even in less than 30 seconds. All you need do is to take off the windshield.

I have guided you throughout the trip. Although long, I must say, I think it is worth it, because we have been able to deal with everything we need to as far as the comparison of Harley Davidson Road King and Electra Glide is concerned.

Your choice remains yours. You know what you want, whether it’s a tour or a cruiser or both. If you want a bike that offers the services and performance that you desire while on ride, then both are perfect for you. But while Harley Davidson Road King is suitable to serve your needs as a cruiser and touring, Electra Glide will be the perfect bike when you’re looking for a bike great for touring.

I have extensive practical experience with both bikes and I can confidently inform you that they would do just that which you want. Do not fret when one bike does not satisfy all you need. Each of them always complements the loss or lack of one feature or the other.

Comfort and stability you are sure of even when you’re riding on poor-quality roads. Now you know why the Electra Glide is often referred to as ‘Harley-Davidson’s most comfortable motorcycle.’

My final advice is that you ride safely. Follow all traffic rules and don’t. Don’t go beyond the required speed limit. The safety of other road users is as equally important as yours. 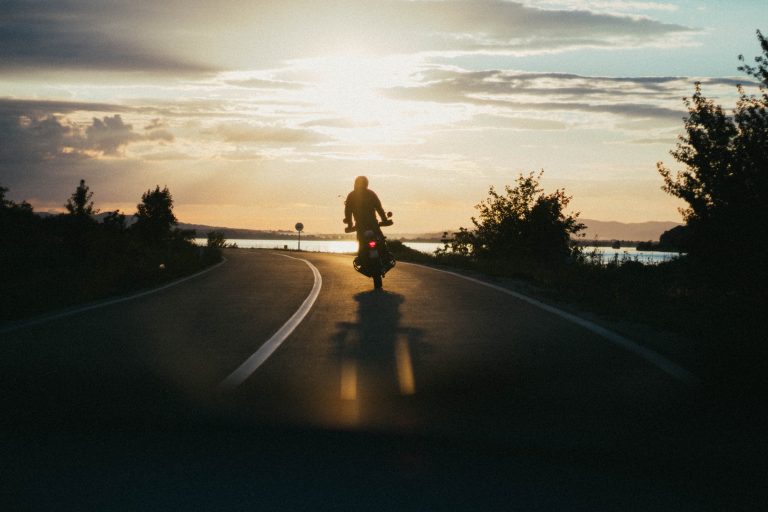 There’s a science of equilibrium behind every machine. Whether it is your skinny Harley Davidson motorcycle or any other model for… 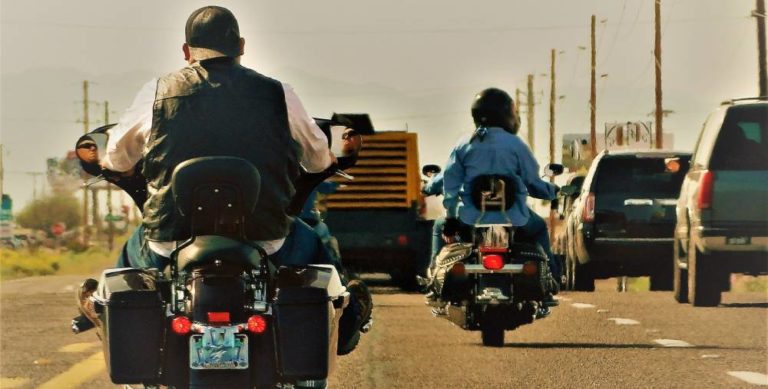 The best motorcycle tail bags will provide all the storage solutions you need on your bike. A lot of bikes still… 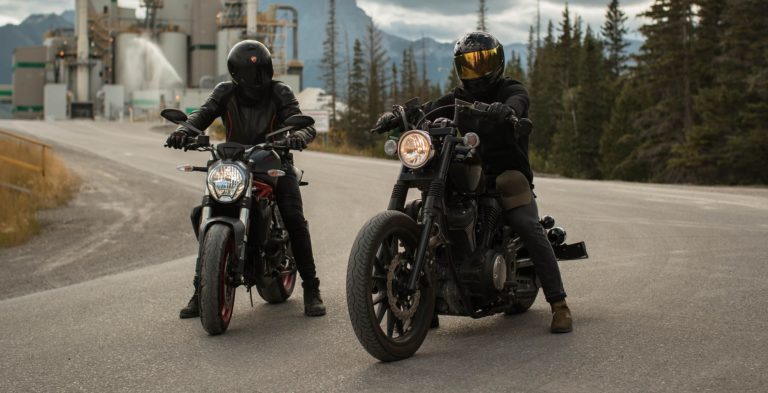 In simple terms, a moped features an engine displacement of 100cc. It has no manual gearshift and cannot exceed 30 mph… 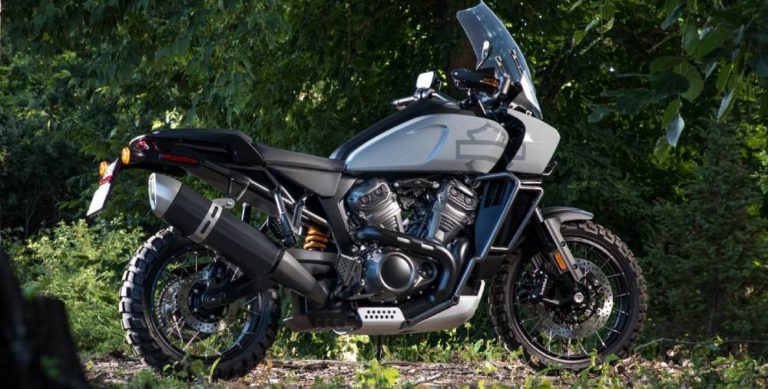 Now that you’ve got to fix the slip-on mufflers of your Harley Davidson’s Sportster, what are the essential buying considerations you… 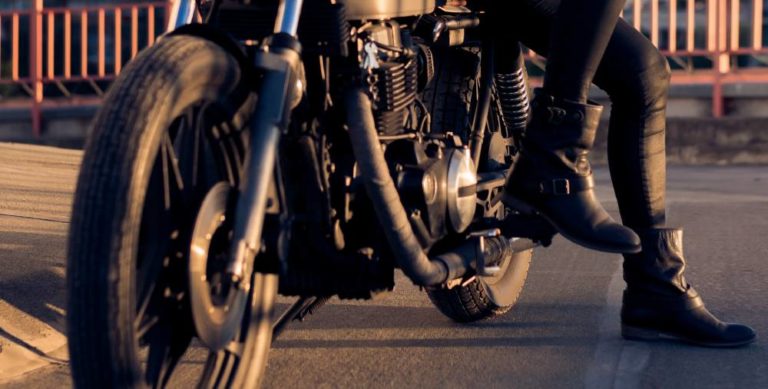