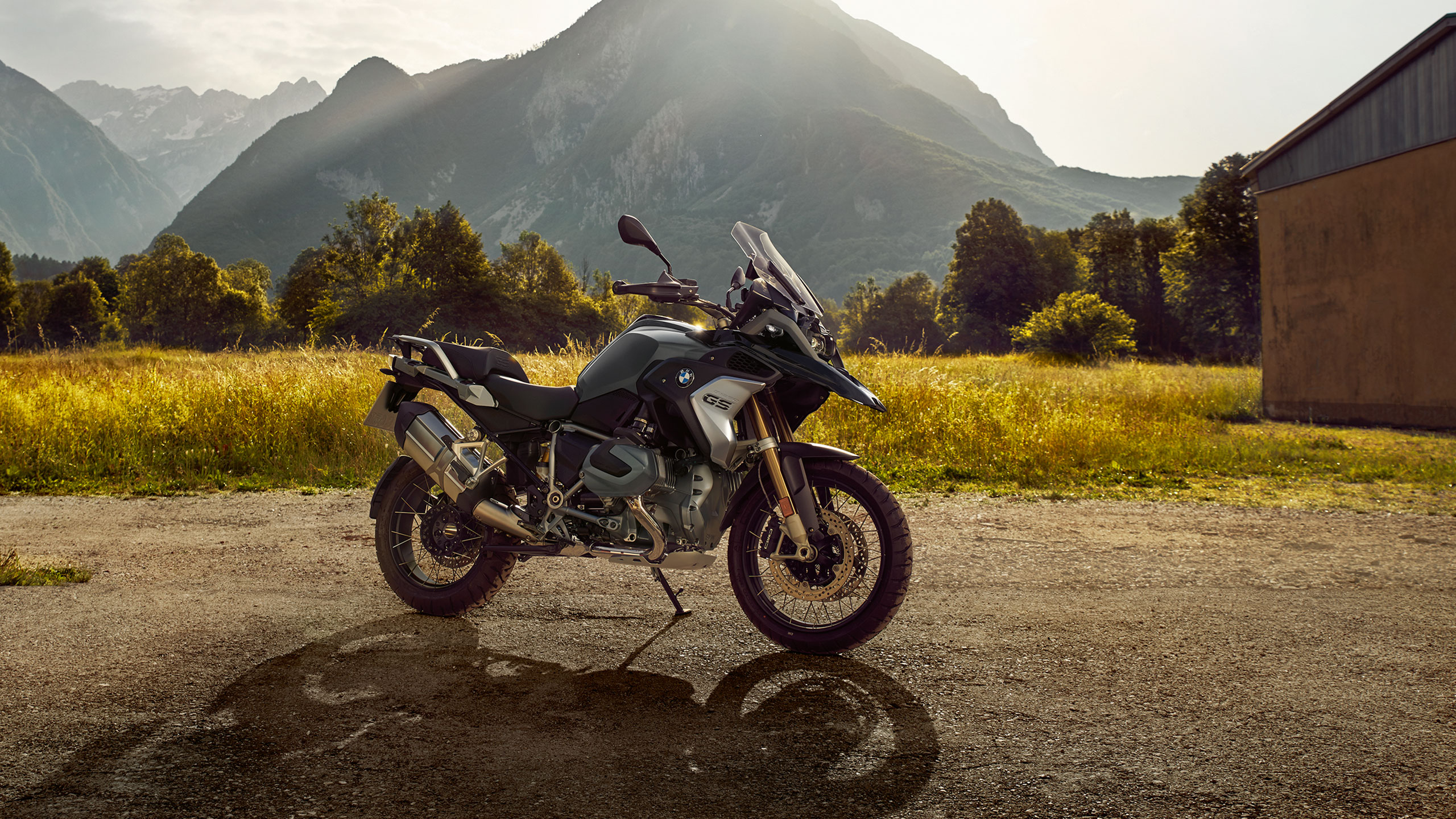 How many miles do motorcycles last? This is one question many bike enthusiasts and potential riders want to have clear answers to before splashing their hard-earned money on a motorcycle.

If you look at the best motorcycle makes and models across the board, they last around at least 100,000 miles. Keep in mind that these are on the better end if you get a high-end motorcycle such as the Honda & BMW Motorcycle Models. We will talk more about featured motorcycles and how long they last in this article.

Because this question will address the number of miles a motorcycle can live, it’ll guide potential buyers on decision making. At least, you’ll know which of the motorcycle models or brands out there can live longest.

If you are one of the many people who have bought or willing to buy one, a brand new motorcycle or one from any of the trustworthy scrap yards, you may be wondering what the lifespan of the model you want to buy is.

In these cases, the recommendation is to acquire the spare parts or replacement parts of the same in the scrap yard. The much more affordable prices and the quality of the components are reasonable, each of them being thoroughly tested to guarantee driver safety.

Like all automobiles, motorcycles accumulate kilometers behind it. And as the years go by, it begins to deteriorate in performance due to frequent use and wear and tear.

But it is mainly connected with the necessary maintenance of the models that this threshold must be defined, explanations.

How Long Can a Motorcycle Live?

The useful life of a motorcycle, like that of a car, depends mostly on the way it is driven and the maintenance provided. Of course, other factors also affect, such as the model of the motorcycle and the use to which it is subjected.

In general, it can be said that if they have been periodically reviewed and have been appropriately maintained, motorcycles can last between 12 and 15 years, approximately, as long as it has not suffered accidents of any kind, falls, or significant blows. Once this time is passed, you can begin to think of replacing the bike.

Note that if it is a luxury vehicle, a high-end vehicle, the life span may be longer than other motorcycles.

However, if it is a low-end motorcycle and also it has not been correctly maintained, it may not take long to start giving problems and breakdown after breakdown, so its duration will be much shorter.

If you’re riding a sports bike or racing bike, which usually is subject to severe wear and tear due to strenuous and rigorous use, you can be sure that its useful life will be shorter.

The motorcycle is like a human body, and, just as with the body, the useful life of a bike will be extended to the same extent that its owner pays attention to all the damages and is quick to fix them. Apart from the lack of regular and prompt maintenance, some other extraneous factors also contribute considerably to bike wear and tear.

Having to drive on roads or streets where you must brake regularly is a harmful condition that causes not only tire wear but also affects bike’s shock absorbers and brake discs.

A motorcycle powered by a 125cc engine that produces a maximum of 20 bhp to 100mph will be at its maximum output. However, it’ll generate much that could cause it to wear very fast; thus, under such conditions, the bike will have a shortened lifespan.

When maximum output is demanded from a bike engine at cold state, the engine gets hotter, causing the engine to deliver 100% power. The consequence of this is that the engine will overwork its oil, shortening the lifespan of the bike.

Again, regular inspection, prompt detection, and fix of damage and issues in the bike will also cause an extended lifespan and increased mileage. Replacing bad parts and accessories with original spare parts is a sure way to reduce wear and tear and make the motorcycle work as if it were new.

Featuring incredible features, the steel diamond-framed Honda 78 Gold Wing is one of the motorcycles with the most extended lifespan and mileage. It has a reputation as a benchmark in terms of mileage, reliability, and quality.

This powerfully made motorcycle comes with lavish chrome and is powered by an imposing engine capable of accumulating up to 145,000 miles. That’s huge compared to what you have out there.

The huge mileage is complemented by a lot of lifespan-extending features, including 120 miles of tank range with a top speed of 115 mph and a quarter acceleration of up to 12 seconds. The 100bhp in maximum power and 87ft-lb in top torque are features that make this model stand out and live long. The

The Honda F6C is a machine that has evolved to become more imposing in terms of power, high performance, and displacement. For optimal functioning, the Honda Gold Wing, like every other bike out there, requires routine oil and oil filter changes.

However, it retains its legendary flat six-cylinder full of power and torque, as well as its status as the flag bearer of the Honda GT range. It is a compact, lighter, and much more agile model that covers an even broader spectrum of uses and offers multiple reasons to ride.

This German-made motorcycle model is one of BMW motorcycles’ models that proud incredibly long mileage and lifespan. It boasts a differentiating innovation.

It is powered by a four-stroke boxer engine that features air-cooling, two cylinders, eight valves, 1170cc displacement, SOHC and DOHC of 2010 onwards. Also signed by Bosch, 110 horsepower and Cardan shaft to send the turn to the rear wheel, passing through six-ratio gearbox in between.

Here’s the real deal when it comes to the mileage and lifespan of the BMW R 1200ST. And with minimal oil, this bike delivers accumulated miles of up to 150,000 at 240 miles for the tank range. The front and rear frames are made of tubular steel that features a load-bearing drive unit—the power peaks 108bhp with peak torque of 85ft-lb from the previous 95bhp 72ft-lb, respectively.

Other specifications and features that enhance this motorcycle’s life include the incredibly low fuel consumption level, which stands at 578 l / 100 km (40.7 mpg). The compression ratio has been jerked up to hit 12.0:1. Being a chain-driven SOHC bike with four valves per cylinder, you can be sure this bike will last long.

Typical of Honda, the Honda GL 1500 SE ’93 Gold Wing was released in 1993 and has come to compete favorably with many features. It is one of the models of motorcycle from Suzuki that brags incredibly long lifespan and durability.

This favorite touring motorcycle comes with better capabilities to face long destinations in high displacement and mileage. By the time this model accumulated 107,900 miles, it still looks brand new and runs at top speed.

It does affect it quite much. Frequently used bikes are more susceptible to getting higher mileage than their unused counterparts. However, unused bikes degrade differently. Most of the time, the seals dry up and so accumulate moisture and liquid to all parts.

Q: Why should maintenance and care history matter?

Except, of course, you like to be wasteful, you shouldn’t care. But I doubt that. Bikes can look and perform well for some time, but in reality, they might not be in the best condition.

Some clear signs that your motorcycle is ready for retirement are oil stains on the ground and rust areas on it, so check its condition.

Getting rid of a motorcycle with just a few years can be difficult, so if your bike starts to break down and you can’t afford to buy another one. The best thing is to buy the damaged or deteriorated parts in one of the trustworthy scrap yards you have at your disposal.

No doubt, if you have a bike that can cover up to 50,000 miles, then it’s high mileage. Did you know many miles your bike tires can cover? 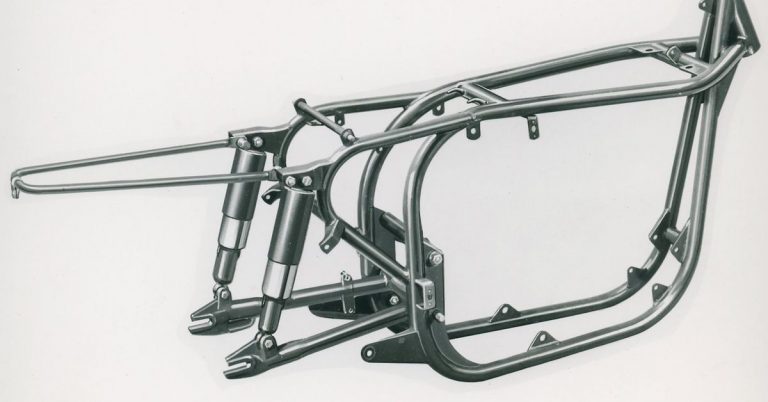 In this article: What materials do you need   |   5 best spray paints for motorcycle frames   | Frequently… 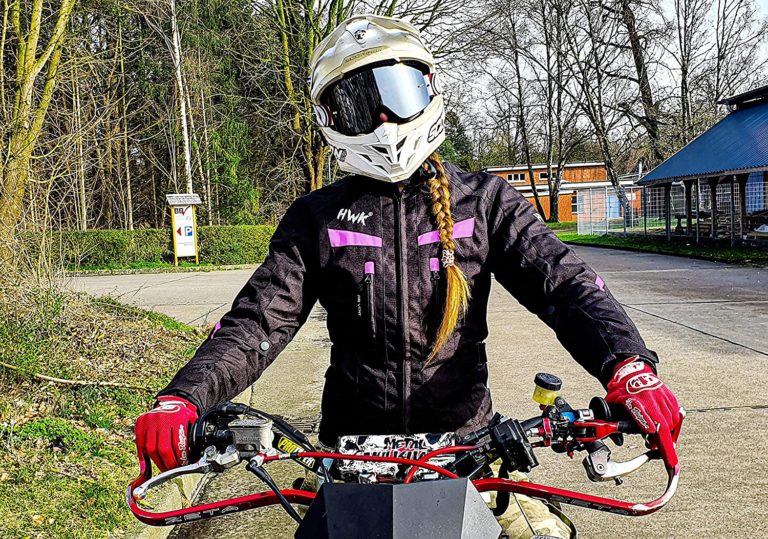 Today, women are no strangers in the motorcycle and riding niche. So, finding the best women’s motorcycle jackets isn’t a massive… 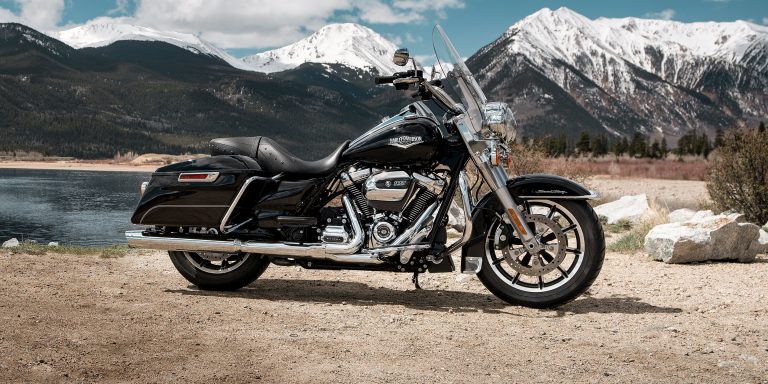 Have you ever wondered what motorcycle brands are manufactured in the United States of America? It’s interesting because there are hundreds…

Motorcycle enthusiasts like myself get asked lots of questions, one of the most popular questions people ask me is how they… 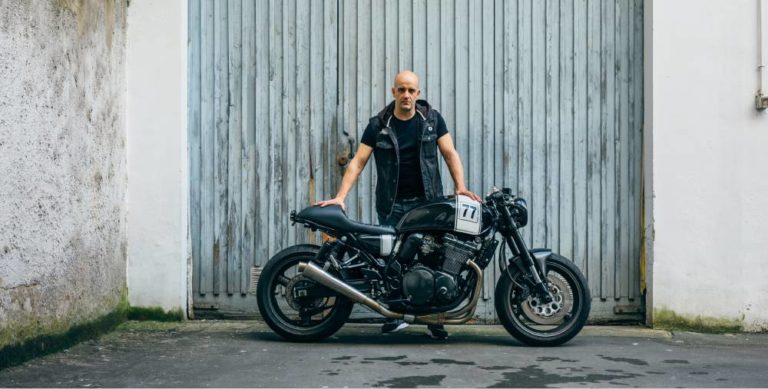 The best motorcycle vests provide a layer of protection without having to sacrifice style and function. A motorcycle gear will never… 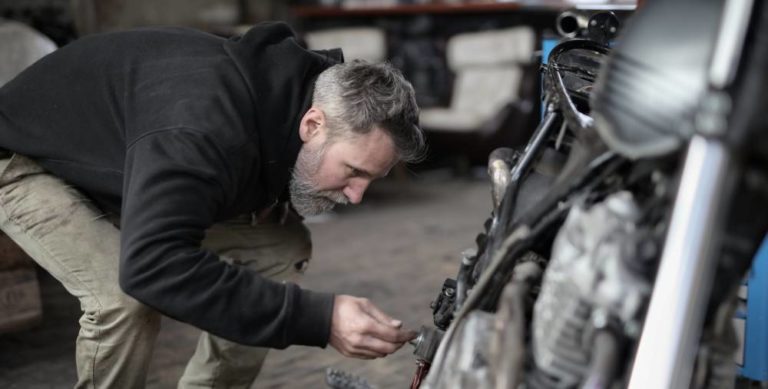 Are you looking for the best Harley Davidson battery for your motorcycle? Do you need to buy one and you don’t…