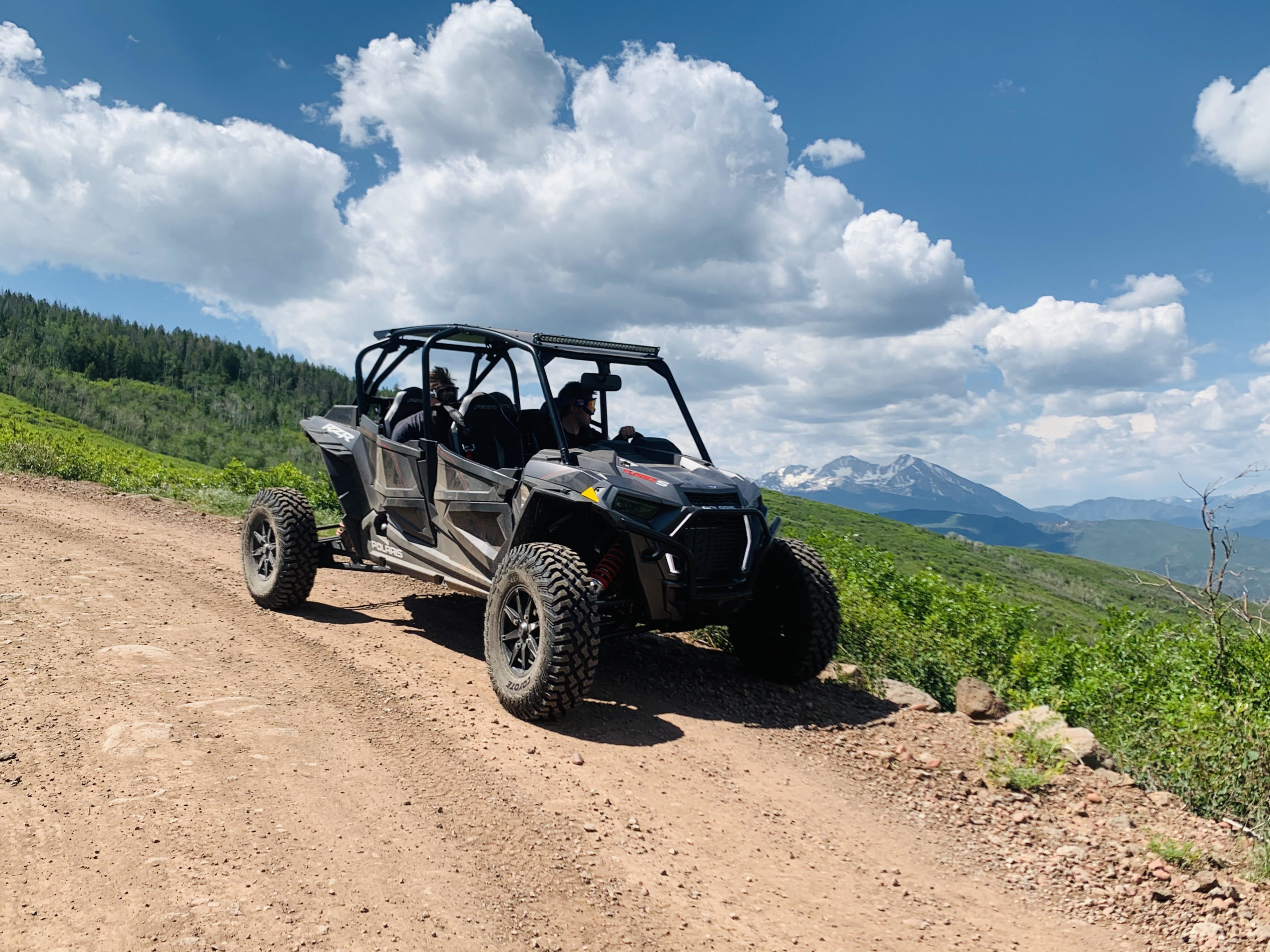 How much of the Polaris RZR XP 4 Turbo do you know? For experienced off-roaders, RZR UTVs are not machines that may be new on the market. But the beginner riders may have been in endless search of that UTV that would give the needed excitement while on the street riding.

The sad reality is that the marketplace, whether the e-store or brick and mortar, is besieged with so many UTVs. As you search for top-quality RZR models, you may end up splashing your hard-earned money on a substandard product.

There’s no doubt that it’s always interesting to be out on a cold weekend in a UTV or ATV that gives nothing short of peace. Whether you buy it for your kid or you choose to make it one of those riding partners under your belt, the Polaris RZR XP 4 Turbo is the right machine to use, given all the fantastic features it comes with.

If your model of RZR isn’t delivering the desired result off-road, you switched your attention to the Polaris RZR XP 4 Turbo.

The good news is that if you’ve not been very familiar with this off-road driving force, I have taken some time off to help take a comprehensive review of the product to have its detailed features and bold specifications.

Let’s look at what the Polaris RZR XP 4 Turbo features:

If you’re looking for a UTV vehicle with an innovation that’s amazing, the Polaris RZR XP 4 Turbo is the right guy. The Polaris team behind the technology and engineering of this model sees beyond a machine for mere riding. Instead, it’s a design that leads the industry with its agility, thanks to the maximum off-road delivery, subtle handling, steering geometry, high-performance maneuvering, responsive chassis, and great practicality.

When I bought the Polaris RZR XP 4 Turbo some four years ago, it came as the 2nd RZR in my garage. Had I heard about this model before then, indeed, I wouldn’t opt for my first buy. From the blast of the whistle, this model with proper maintenance, I’d no issue. The driveline and joints will be intact with their fresh and solemn sound until you’re willing to dispense off the machine.

You don’t want to compare the Polaris RZR XP 4 Turbo to any other model out there, given the high-performance and turbocharged rage it delivers on the road.

Riders will have to thank the ultra-powerful, superstar 4-stroke, liquid-cooled, double overhead camshaft twin-cylinder turbocharged engine this model is built with. Virtually, this Prostar engine guarantees better airflow when your RZR is at high speed, and that itself accounts for the vehicle’s capacity for top-end power of 168 horsepower.

It means that from the minute you clump the accelerator, the Polaris RZR XP 4 Turbo responds with all the chaotic fury that reminds you of the sound from a rocket. The engine’s displacement stands at an incredible 925cc, featuring two cylinders and a fuel injection powerplant. The 114 ft-lbs capacity torque is a low-end piece that delivers instantly.

Added to these specs is the besides, the twin cylinders boast four valves each and dual overhead cams, which empower the engine with the capacity to reach that incredible horsepower. The drive

The engine’s built-in solidity is electrified by a top-quality Engine Braking System (EBS). The uniqueness and functionality of this braking system help the rider to reduce acceleration while off-road without having to stomp the brake lever. This system applies to all models of Polaris, including the 2014, 2017, and 2018 models.

Naturally, RZR products show that crazy and fierce interaction with the road. If you give this model the freedom to engage the terrain at high speed, it’s capable of launching a ruthless onslaught against the mud, rocks, bumps, stumps, and silt sand and could somewhat run out of control. But it is built with high suspension, which makes you keep it under control, making maneuvering rather dauntless.

The Polaris RZR XP 4 Turbo responds to the robust 21-inch built-in suspension that comes with and instills confidence, control, and comfort in the rider regardless of the degree of engagement with the rugged terrain or the level of its speed.

Top-quality transmission is one feature no vehicle should lack. Essentially, with the reliable transmission, your vehicle’s front wheel is confident of getting extra traction and will perform optimally on the road.

The beauty of any off-road vehicle is the capacity to withstand unpleasant situations, including rugged and uneven terrain, muds, and bumps.  The Polaris is no different thanks to its sturdy, top-strength, and durable build and design.

It boasts vintage coated panels and a redesigned inner that intuitively confers comfort on the rider. The LED lighting is threateningly designed to give the rider a wide field of view and great vision that stretches to a considerable distance ahead. The lighting is complemented with the digital screen mass and front blacked-out white LED with brake lights.

In and out, the design of this beast is impressive. The cockpit of the Polaris RZR XP 4 Turbo is built to hold out against the elements, including rain, UV, unfavorable weather, corrosion, and rust. It is made for flexibility and intuitive control.

Overall, the technology behind this off-road vehicle is purposefully detailed and designed for intuitive handling.

In addition to its sophisticated technical specifications and hi-tech operational features, the Polaris RZR XP 4 Turbo also comes with general features that will make you want to buy.

Another attractive feature of the Polaris RZR XP 4 Turbo is the low cost of servicing and maintenance. Unlike the previous model, this UTV doesn’t gulp much money when it comes to servicing.

If you hire some Do-It-Yourself mechanism and turn your wrenches, you could fix some mild damage or minor fault on this machine. The parts are reasonably priced and readily available on the market for purchase.

It’s worth reiterating that not all UTVs are built with four seats are capable of delivering comfort or holding out against passengers’ weight. The case of the RZR XP Turbo is different. The vehicle is reinforced with adequately padded bucket seats that are equipped with sliders at the front and seat belts that can be adjusted by height.

It comes with four passenger seats and can conveniently accommodate the number, thanks to the support from ample power and unmatched torque.

Not every UTV, ATV, or any four-wheel vehicle for that matter is built for fuel economy. For some, a round of engine idling can empty one quarter-filled tank. The case is different for the Polaris RZR XP 4 Turbo. It’s one of the turbo engine vehicles with brag incredible fuel efficiency.

On a full tank, this model will drive more than 100miles before refill. Specifically, if you fill your Polaris RZR XP 4 Turbo’s gas tank with 7.3-gallon, it’ll take you up to 110 miles.

Again, it all depends on your speed. If you’re on an easy cruise, the vehicle delivers 14 to 15 MPG while a hard ride will produce something in the region of 12 to 13 MPG.

By the nature of their construction ATVs, or UTVs are built for efficiency. But the XP 4 Turbo is specially intended for a higher degree of efficiency.

Its efficiency is accounted for by the redesigned exhaust system, which incorporates closed coil control, which serves as the catalyst to enhance the engine delivery and overall functionality of the machine. The closed-loop also confers relatively higher power on the ProStar Turbo, making the vehicle and its exhaust cleaner.

Given that the vehicle can roar crazily on the road, the rider has got to be on top of his game. Hence, the direct flow intake lids help control and handle the RZR XP 4 Turbo. It also features a top-quality belt and an airtight clutch cap, which ensures direct airflow to the clutch controls.

With adjustable Evans Walker needle shocks, the RZR XP 4 Turbo is known to beat competitors when it comes to racing. The design is built to withstand rugged terrain and easily absorb shock without further damage to other parts of the vehicle.

Another feature that stands this model out from the crow is the reasonable pricing. You won’t have to break the bank to buy the RZR XP 4 Turbo. Its affordability has endeared several off-road fans and dirt bike users to it and so increased demand. Gear & Parts for this Polaris model are very affordable as well.Â

What is the gas mileage for the Polaris RZR?

You have to consider the speed at which your vehicle runs as well as the type of drive you engage in. You’ll get something in the neighborhood of 15 mpg for a high drive while a low drive gives you 27 mpg.
If you’re engaged in deep sand riding, your Polaris RZR will cover 110 miles on a 7.3-gallon gas tank while trailing riding delivers 200 miles before refill.

How far can UTV go on a typical tank of gas?

It all depends on the model and manufacturer of your four-wheeled vehicle. Typically, you should drive a UTV on average of 60-80 miles per full gas tank.

What does XP on Polaris RZR mean?

XP, as you see it on the model under review is ‘Extreme performance.’ Usually, a 2019 RZR four-wheeled Polaris model with an XP tag indicates that is the model with the largest engine in 2019.

Can I put any gas in my Polaris RZR?

The direct answer to the question is NO. The lead-free fuel with an octane number not more than 87 is the ideal gas the Polaris vehicle tank is designed to use.
Even though gasoline with an octane of more than 87 may not affect the engine, it’ll reduce delivery and prevent vehicles from reaching optimal performance. Also, it’s not advisable to use gasoline with ethanol content that’s more than 10%.

RZR has a long history and robust record in the automotive industry. It’s a brand known for exceptional innovation, extensive engineering, extreme performance, and quality delivery. The production of the Polaris RZR XP 4 Turbo is another testimony to its excellent position in the market.

If you want a four-wheeled vehicle that boasts significant travel, power, high-performance engine, agility, and stable technical features and specifications, this is the best to turn to. Many off-road enthusiasts will most likely prefer this model. Have you taken the time to read up my post on the best ATVs for trail riding? 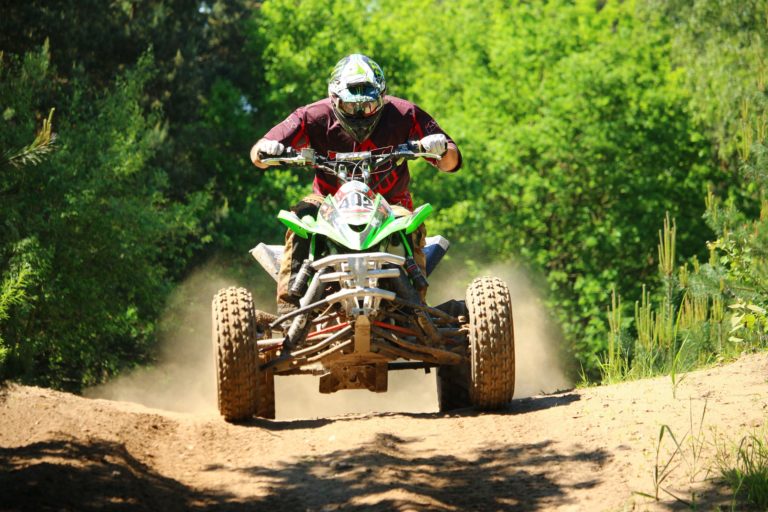 One thing riders or shoppers, beginner or experienced, often find overwhelming is the endless search for the best ATV helmets. And… 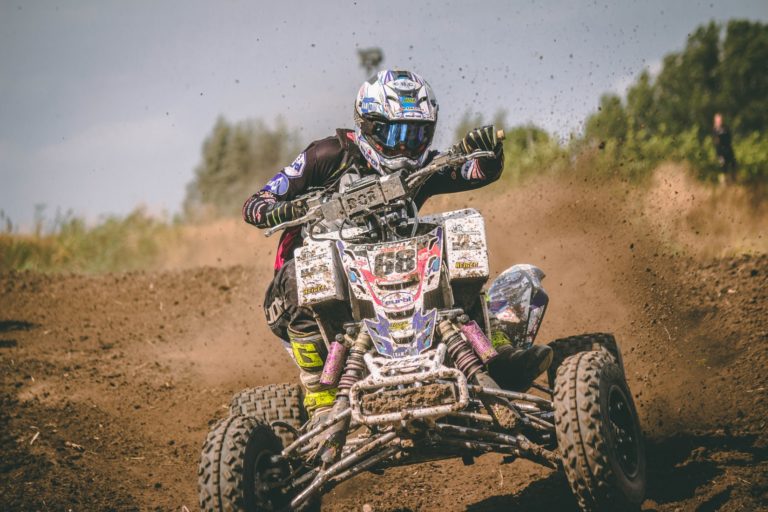 ATVs can be a lot of fun for trail riding, but with so many different makes and models on the market,… 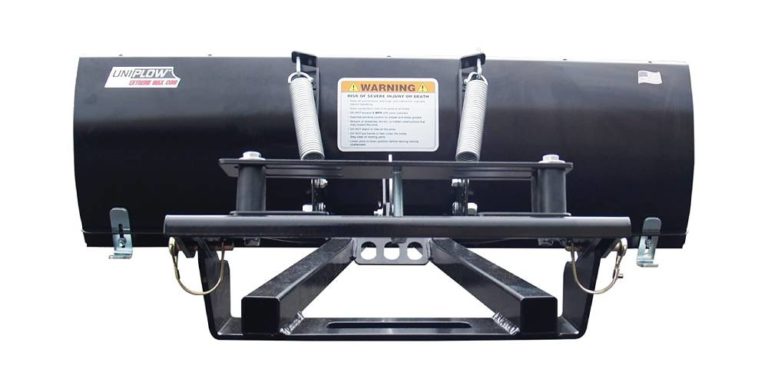 Are you tired of endless hours of shoveling snow out of your curb, the driveway, or the garage? Well, what you…

Increasing the number of items transported at a time is very important to farmers and lawn dressers. To optimize the use… 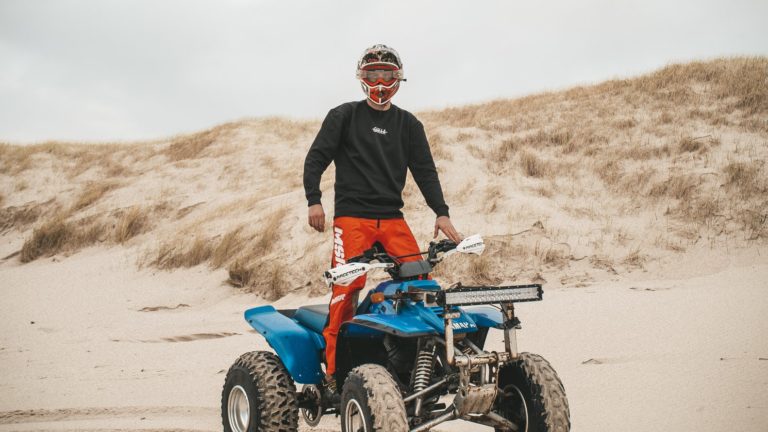 Riding your ATV at night can be fun with the necessary accessories in place. Whether you are just going out when… 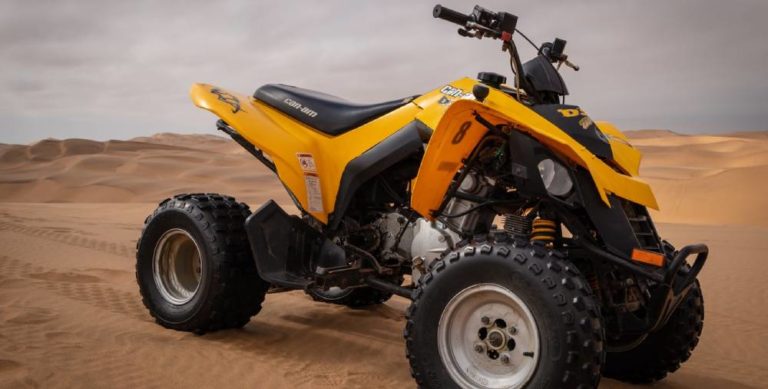 It can be frustrating most times if you lose your ATV key and don’t have an immediate alternative to fix it….